END_OF_DOCUMENT_TOKEN_TO_BE_REPLACED

Abstract
To date, hardly anything is known about the partner preferences of the intellectually gifted. The present study therefore examined the extent to which 354 gifted individuals judged 17 characteristics to be important in a (potential) partner and compared these ratings with those obtained from a community sample (n = 554).
Among other things, it was expected that, among the gifted, a (potential) partner’s high intelligence would be judged to be more important than among participants from the general community. It was also expected that single gifted individuals would judge a potential partner’s high intelligence to be more important than gifted individuals involved in intimate relationships. Most of our predictions were supported, and results are discussed.

Abstract
The present study examined the extent to which a sample of 202 gifted individuals (members of Mensa) engaged in four humor styles* and the extent to which these humor styles were related to their well-being. These results were compared to a comparative population sample (n = 265). Results showed that gifted individuals most often used positive humor styles. There were no within sex differences in the use of humor styles between the gifted sample and the comparative population sample. Men (in both samples), however, used aggressive
humor more than women. Self-enhancing humor (+) and self-defeating humor (-) were related most consistently to well-being across sub-samples. For men, significant differences were found between the two samples with regard to the relations between humor styles and well-being: Affiliative and self-enhancing humor related positively and substantially to well-being in men from the comparative population sample, but not in men from the gifted sample.

END_OF_DOCUMENT_TOKEN_TO_BE_REPLACED 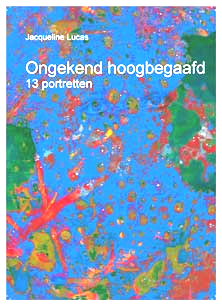